At the end of March this year, we were approached by the Brno Observatory and Planetarium, in cooperation with Visualove’s creatives. The task was clear – to create a 10m large Moon that is unprecedented in Brno.

The whole idea originated on the 50th anniversary of Apollo50, landing on the Moon. It was essential to create a faithful to an identical copy of the Moon, which would attract as many visitors as possible. As such, the Moon become one of the most photographed attractions in Brno for a while.

The Moon-Night event at Kraví hora, for which the Moon has been created, took place from Friday, July 19 to Sunday, July 21, 2019, in the adjacent park at the Observatory, where the Moon looked spectacular.

The production itself began in mid-April. Our designer created the entire model of the Inflatable Moon in about one day. We have received our print data directly from the Observatory. Created by Lunar Reconnaissance Orbiter, it has been monitoring the Moon since 2009 with a resolution of 100 meters. Printing was performed externally, consuming a total of 3150 milliliters of ink. The total material consumption, including internal ribs, climbed to 490 m2. The polyester material we used is certified B1 – fire resistance.

Our colleague cut the Moon for 2 days. Sewing remained on solely one seamstress who managed to sew a total of 22 meridians in just 6 days, all directly in our factory on Francouzska street.

The total length of the threads throughout the whole Moon exceeds 2 kilometers.

Not only the strength but also the stability of the inflatable guarantees a total of 29 loops around the perimeter, then 11 pieces of anchor pins and 200 meters of anchoring ropes.

We handed over the entire project to the Observatory at the beginning of June, when the first unofficial inflation took place on Kraví hora.
Since then, you have been able to see the Moon at many events, not only in Brno.

Interesting facts about the Moon in numbers:

If you liked this project and are organizing an event, concert, festival, or an exhibition, do not hesitate to contact us. We will surely come up with an inflatable that will support the atmosphere of your event just as the Lunalon has uplifted the whole of Brno. 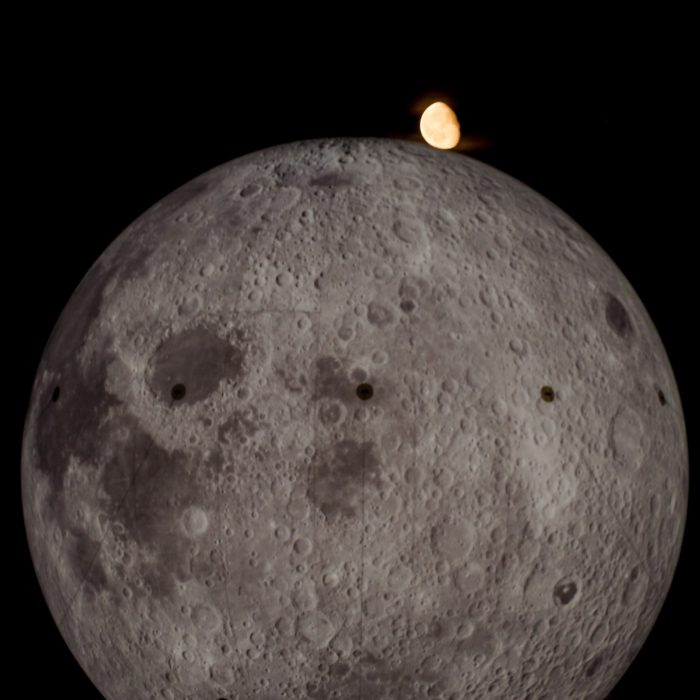 Did you know that along with inflatables, we also offer advertising banners prepared and printed directly at Kubíček Visionair?

A group of giant golden bunnies has be seen in the Kubíček meadow. This cute little group will be heading for warmer regions!

After 20 years Reklama Kubíček changes its registered adress. Lets see how the new factory was built!