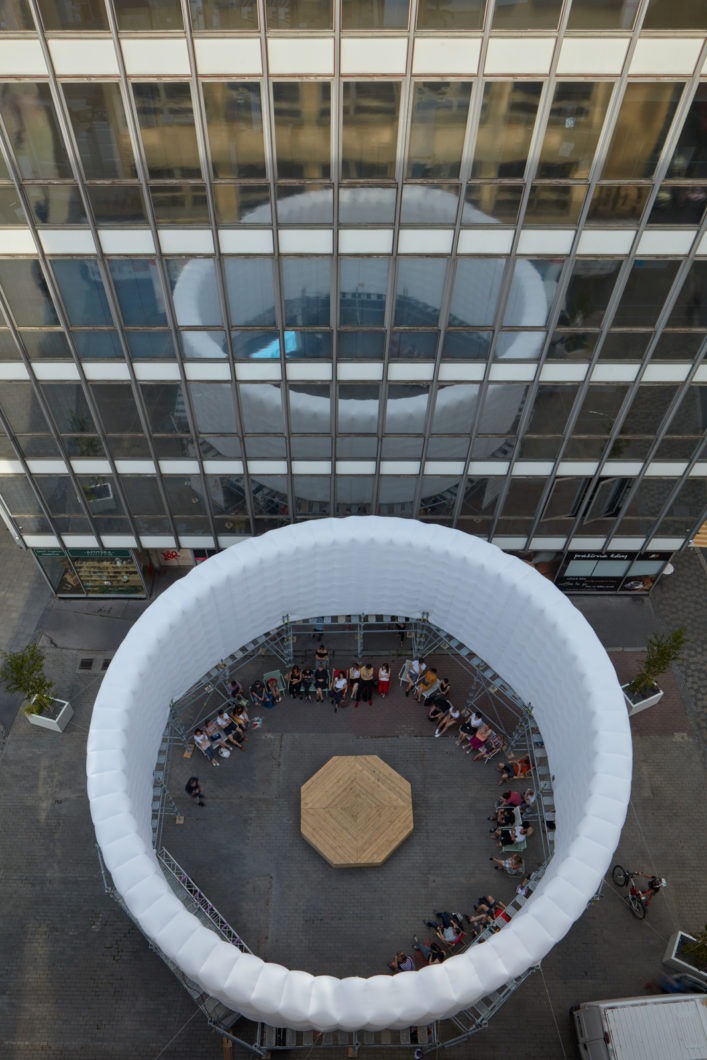 Ring for architects from KOGAA studio

Ring for architects from KOGAA studio

The inflatable has been used as a projection screen, which was possible thanks to its round shape and ideal surface.

It was mentioned almost all around the world. It was brought up in 29 magazines devoted to modern architecture.

More than 2,000 visitors were addressed in 23 days of installation. Data on attendance also include special events. 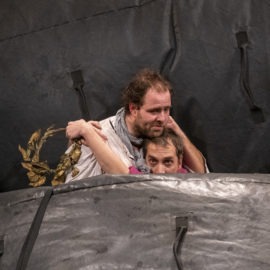 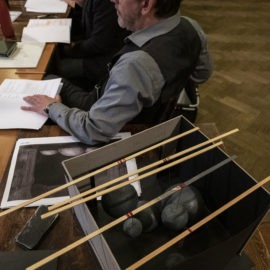 On February 7, 2020, Divadlo na Vinohradech in Prague premiered the production of Wit and Wisdom of Don Quixote.
A beautiful 120-minute performance where you can see our 6 inflatable balloons. These inflatables were created with stage designer Tom Ciller. Some of them are designer for climbing so they had to be made from very strong and high quality material so the actors will be safe throughout the show.
The result you can see in photos and video on theatre´s website (tap here). Or in archive of Česká Televize which created report about this unique performance. (tap here) 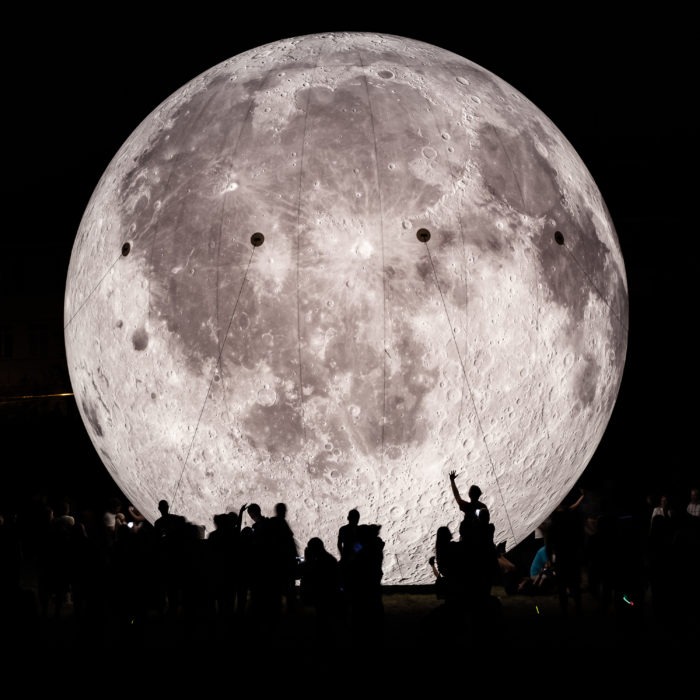 Moon for the 50th anniversary of landing on the Moon 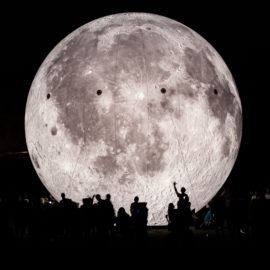 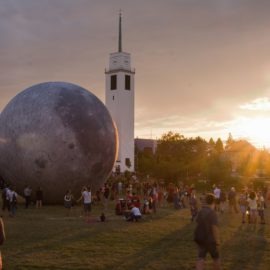 Moon for the 50th anniversary of landing on the Moon

It has been produced for Brno Observatory and Planetarium. Up to 8,000 people came to see the Moon in a single weekend.

Over 100 people shared their photos with the #moon hashtag, and it has been an attraction discussed on social media by the whole city.

During the week the Observatory website had an increase in traffic of up to 90 %.

The production was very similar to last year. The biggest difference was in printi data. They was taken by probes Terra and Aqua and the entire planet was covered at a resolution of 1 kilometer per pixel.

The Earth is rotated 23° So you can see Europe in best angle.

We also made smaller copies of these giants – 4m Moon and Eart.

All these inflatables can be seen on Kraví hora in Brno. 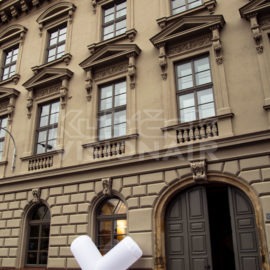 Designers from all over the Czech Republic and abroad met for the fourth time at Brno Design Days. They shared ideas and know-how and they introduced design to the general public as a driving force for innovation and several positive changes. This year we produced for BDD six inflatable crosses. Crosses were created in cooperation with our partners from the Kogaa studio.

They were used as interior decoration and also for lighting the space. Not only did they look unique but they were also made of eco-friendly material. 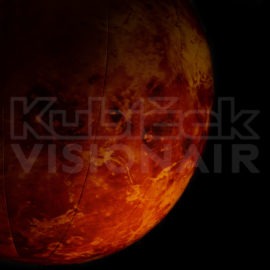 During October we made an amazing inflatable Solar system. All of these inflatables went to exhibition centre in Germany. The diameter of the planets is 0.9 – 1.4m. The graphic files are directly from the Solar System Scope website. The sublimation print is almost perfect and faithfully copies the real surfaces of the planets. 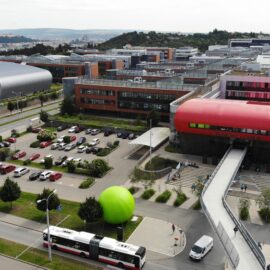 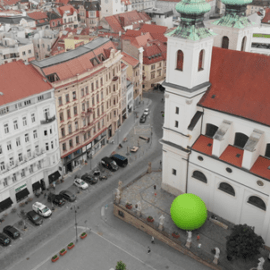 This beautiful green peas is 7m big and it was created on the occasion of 200 years since the birth of Johann Gregor Mendel.

A four-day festival took place as part of the celebrations under the auspices of the City of Brno, Mendel University, Masaryk University and Živé město Brno project. The content was mainly a popularization-educational entertainment program, focused on the founders of genetics.

Inflatable peas was a symbol that accompanies this year’s festival.

More information about the festival can be found at: https://mendelje.cz/ 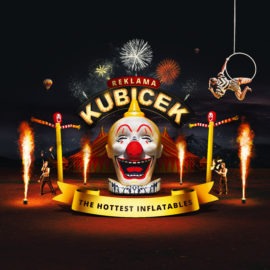 This clown was produced for our foreign customer and was used for an advertising spot.

We really liked the uniqueness of this inflatable, so we decided to create photomontage which you can see on website of company Reklama Kubíček.
The photomontage was created in cooperation with graphics artist Vojtěch Petr who works for studio g-raphic. 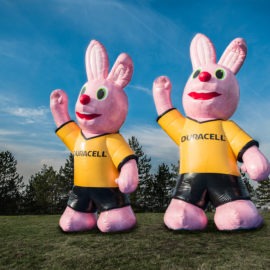 Who would not know the iconic Duracell bunny? We are proud to cooperate with headquarters in Switzerland and thanks to them we deliver inflatable bunnies all over the world.
They are 7m high and you can see them at various events from Europe, South Africa and all the way to Thailand.

Our advertising inflatables have stood out in campaigns and events of several companies. We can be a bit prouder for every one of our succesful projects.

Do you have a question? Leave us a message

Are you interested in more details about our products? Would like to get a calculation? Leave us a message!

Form is deprecated, please cotact the webmaster to upgrade this form.